Horses can read human facial expressions and remember a person’s mood, a recent study has shown.

Horses in the study were shown to respond more positively to people they had previously seen smiling and were wary of those they recall frowning.

When the horses were shown angry faces, their heart rates expanded substantially. They also shifted their heads to look at the angry photos through their left eye — a key sign for researchers that the horses were perceiving a negative stimulation.

Many species (like horses) process what their left eye is seeing in the right hemisphere of their brain. And that’s where the brain processes threatening stimuli, researchers noted.

So horses looking at the angry faces with their left eye suggest they could tell the person in the photo might pose a threat to them.

We have known for a long time that horses are a socially sophisticated species, but this study is the first that proves horses can distinguish between positive and negative human facial expressions.

One place for all your horse files 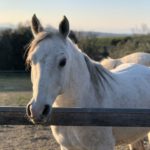 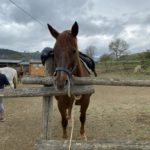 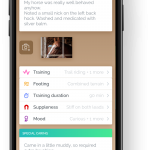 Equus Note is the new equestrian digital diary app that captures the moments that matter! The app allows equestrians to preserve every moment: rides, training sessions, shows, clinics, photos & videos – and share them with friends. It helps you organize your daily journal entries and notes from past events in the easiest way possible.